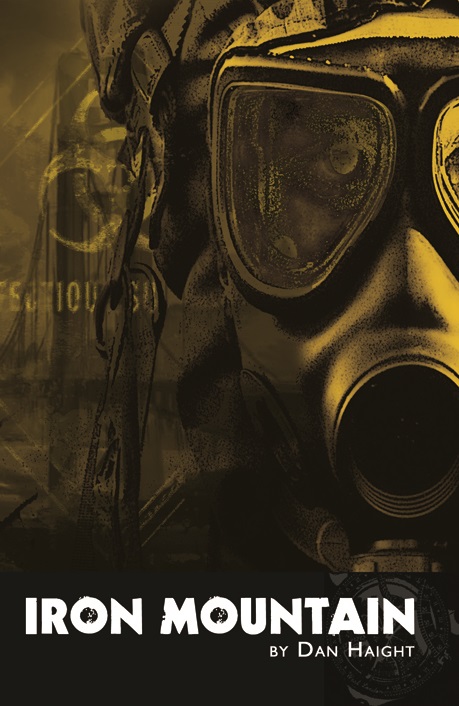 Iron Mountain is the second in the Flotilla book series by author, Dan Haight.  Although I have not read Flotilla, I was not lost in the storyline of Iron Mountain as it brings you up to par right away without ruining anything for the non Flotilla reader.

The series revolves around Jim Westerfield, the narrator, a 15 year old kid that most of us have probably met the likes of at one time or another. He’s from a pretty dysfunctional family – but then who isn’t these days, right?  Unfortunately, as a result his means to cope was a drug addiction.

Newly released from a drug rehab center Jim joins his father, Rick off the coast of Los Angeles in Southern California on floating ... well fish farm – an experiment that apparently is worth protecting by those involved, called Colony C.

The storyline is set in the not too distant future where it immerses you in the plight of Jim as he attempts to survive the world he now knows - as it crumbles around him from chaos and social unrest after terrorists unleash both nuclear and biological attacks on Los Angeles.

Accompanied by his younger sister Madison (Maddy to family members), they find themselves thrust into a world where even an adult would be hard pressed to know what to do or who to believe as they encounter the likes of thugs, druggies, undesirables – and marauders. Thankfully there is good too. The siblings are befriended by a kind couple, Bob and Helen; if only for a brief time, as the foursome make their way to Colony D another floating oceanic fishing island – where the occupants are not as they initially appear – forcing Jim and Maddy to once again flee for safety and the whereabouts of their family.

The author of this fictional novel uses real locations and places in the storyline, so you actually may find yourself saying “Hey, I’ve been there!” or “I know where that is!”  By doing so, he adds a more realistic touch to the book. His descriptions are graphic to the point of allowing your senses to be in the moment.  And, he includes a lot of details; using terminology that we may not be aware of but when looking it up (yeah I’m that kinda person) it is spot on. By doing so, he lets those in the know – know he knows what he’s talking about and that he has done his homework.  "Know" what I mean? (humor added)

So what makes Iron Mountain an interest for the preparedness community? Well for starters it has all the trappings of what we as “the preparedness-minded “prepare for - a world gone awry – a post-apocalyptic world.

And … it makes you think.