If you were to ask people who have survived or experienced a catastrophic disaster they will most likely tell you nothing was the way they would have expected it to be.

Why? Most of us have only seen disasters through a keyhole picture on a television set.

It doesn't matter how big your TV screen is either, it can never match the magnitude of a catastrophic event up close and personal.

Growing up in Florida I have seen my share of catastrophes. 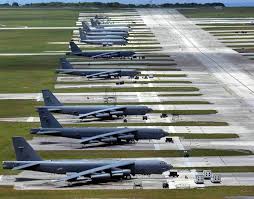 I was washing my hair in the bathroom sink when I heard an unusually loud plane go overhead.

Planes flying over my house were no big deal - in fact - it was an every day and night occurrence – we lived right in the flight path of the McCoy Air Force Base home to Strategic Air Command (SAC) 306 Bombardment Wing and the B52 bombers – the longest lived front-line military aircraft.

Growing up with planes flying overhead you got used to hearing a certain sound and could actually tune them out at night to sleep.

What was odd about this plane was the noise it made. 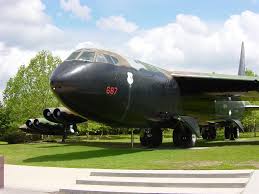 Overhead was a huge, eight-engine B-52 Bomber with a fuel load of about 44,000 gallons, with one engine on fire and multiple engine failures.

The bomber was attempting to make it back to the runway after take off but fail short on the approach (too high and to the left they said.)

It hovered for a second, then rolled to the side and went directly into the ground and residential houses.

It seemed like every ounce of fuel went up in a second like a bomb, covering a two-block housing area.  My home was facing the crash and it looked like the whole neighborhood was on fire.

To me, it resembled the classic nuclear mushroom as hit the ground carving a 150-foot crater in the field where it slammed.

As I ran outside, I remember feeling the intense heat from the fire on my face and the overwhelming smell of burning fuel in my nostrils.

The place looked like a war zone, debris everywhere, but I had survived.

There was no real aircraft left – that is - other than the landing gear in the middle of someone's living room and the tail section (where the only recognizable body of a crew man was found).

There were aircraft pieces of all sizes everywhere.  And fires - car fires, several 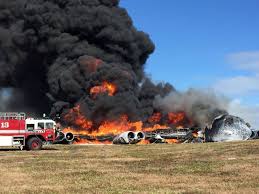 Within hours, as the smoke was still smoldering, little yellow flags began to spring up where human body parts had been found and then marked.  They were everywhere.  In the trees.  On bushes.  Everywhere.  Not bodies.  Body parts - of the crewmen.

As tragic and surreal as this event was as a little girl it has always amazed me why more people weren't hurt or killed that day.

It was Good Friday.

No school that day...