Only the Shadow Knows! - (The Shadow Government and the Government's COG Plan)

I watched a documentary once called '"Day after Disaster" on the History Channel on TV.  It was different then most apocalyptic and post-apocalyptic TV shows that are usually shown on TV or on the Movie screen.

"Day After Disaster" featured narratives and opinions by past and present government officials, and experts who talked openly about their preparations should a disaster strike the United States.  It was based on a what if scenario of a nuclear bomb striking Washington D.C. ... and what an eye opener!

Other than discussing the "woulda, shoulda, coulda's" of the nuclear strike itself, it 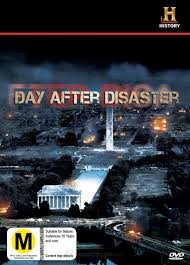 detailed the procedures set forth to secure our government in the face of the disaster. The government has a plan known as the Continuity of Government Plan (otherwise knows as COG).

The Continuity of Government Plan is a plan devised to allow the government to operate in the event of a catastrophic event. It was initially adopted in the United States during the Eisenhower administration but was not actually utilized until the 9/11 terrorist attacks.

Not only will the President, Vice President and so on down the line of succession (or the chosen few) be whisked away to secure hiding places, but also a group known as the 'Shadow Government'.

Well let me tell you … this intrigued the heck outta me so I decided to do a little digging.  What I found was the Shadow Government will be placed in one of the many mountainous underground security bunkers, or some other area shrouded in mystery should something fatal happen to the President and Vice President.

The Shadow Government is made up of any where from 75 to 150 (non-elected) senior civilian managers (depending on how many are needed in a particular situation) who will live and work in the bunkers on a rotating basis to ensure the continuity of national security.

Another thing that was intriguing were the bunkers themselves. The government has survival bunkers placed within a 300 mile radius of Washington D.C. so that at the drop of a hat they can be swiftly transported to safety.

Here are some of the “known’ bunkers to date:

Site R (also known as Raven Rock) a bunker located in (yes I said in) a Pennsylvania mountain, and can accommodate 3,000 people.

Mount Weather near Berryville, VA, is also built into a mountain and contains a hospital, crematorium, emergency power plant, and sleeping cots for 2,000 people.

And then there are the decommissioned bunkers at the Greenbrier resort (under the resort) in West Virginia and at Mount Pony in Culpeper, VA.

These are just a few of the "safe zones" we know about. Who knows how many more there are.

The sobering thought from watching Day after Disaster is that our government is preparing for any number of disasters by having fully functional bunkers for safe-housing.  So, my question is this. 'If they are preparing and will be hunkered down, don't you think it would be prudent that we do the same?"

The government also has anti-terror drills every year, utilizing the "Continuity in Government" procedures sending government representative to dozens of these classified emergency facilities (bunkers) stretching from the Maryland and Virginia suburbs to the foothills of the Alleghenies.

Bottom line, if the government is preparing for their survival so should there be a catastrophic event, they will be hunkered down in their bunkers.

It may be time we start focusing on our survival as well.  Just sayin'.