The Sky Is Falling - (The Modern Day Nuclear Attack)

Most of us, when we hear the phrase "nuclear attack" immediately conjure up images of a huge rocket sailing through the air, hitting a land mass and then bursting into that all too familiar mushrooming cloud.  Remember Hiroshima and Nagasaki? People everywhere dying of radiation poisoning?

In today's world a nuclear attack could have far greater implications. Especially for us here in the good 'ol US of A.

There is a different type of nuclear now. Its called an atmospheric nuclear attack (a 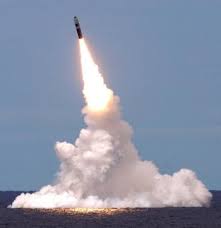 nuclear bomb shot into space) and would cause damage and disaster worse than a few hundred or possibly thousand of people dying of radiation poisoning.

An attack of this type could cripple our country shutting down our electrical power grid for starters.
Think of a power grid like this.  You have a power strip plugged into the wall.  Plugged into that you have your lighted make-up mirror, your hair dryer, your flat iron and your radio.  All heating, playing and running at the same time.

Now think of the power strip as a big power plant and all the things plugged into it as little cities receiving power from the plant.

If your power strip were to become 'unplugged' all the power to the lighted-mirror, radio, hair dryer and flat iron would cease leaving you with no way to hear your music, put your make-up on or dry and straighten your hair. In other words, you would be helpless without power.

The same would hold true with an atmospheric nuclear attack.  It would shut down our country's power grid (power strip) crippling society.

So how do you prepare for such a strike? Well, there are a lot of little things you can begin doing right away. Let you hair dry naturally (ugh ... I know). Invite your BFFs over and fix dinner on your camping stove. Start reading books on how our great grandparents lived.  Its pretty fascinating to see how they got along just fine without electricity.  How about getting seeds and a few pots and begin growing some veggies out on your patio?