Could you have survived like the Mexican Castaway Found?

We’ve all seen or at least heard of the Movie “CASTAWAY” starring Tom Hanks, who plays Chuck Noland, a FexEx employee who gets stranded on an uninhabited island after his plane crashes in the South Pacific after a horrific storm.  Alone, Chuck’s will to survive kicks in as he uses items taken out of packages washed ashore from the plane's cargo and things found on the island ...including items take from a deceased co-worker.  **Remember, we “will” do things we never thought we would do to survive.

Slowly we witness the mental toll that loneliness takes on a person, and feel Chuck’s pain as he watches a cargo ship out at sea pass by unyielded by his screams for help. But I think the most heart wrenching part was his plea …“W-I-L-S-O-N!!” as his beloved friend – a vollyball- washes away in Chuck’s attempt to get off the island on a make shift raft.

When I heard news reports of Jose Salvador Alvarenga, whose battered 24’ boat washed ashore on the Marshall Islands in the Pacific, after he was allegedly lost at sea for close to a year, it conjured up images of the movie, “CASTAWAY” for me.
This man went out on a one-day fishing trip from Mexico with a co-worker’s teenage son. The boat engine died sometime into the trip after a violent storm and with no way to maneuver the boat, he and his fishing companion were left to drift aimlessly 5,000 -6,000 miles off course.  Sadly, the teen did not survive; he starved to death and was thrown overboard.  The man on the other hand, survived on fish, birds, turtles, rainwater, urine and … yes a lot of prayers.

When I hear news stories like this, I try to put myself in the situation.  Although I’ve never been on a fishing boat (big or small) – mainly for fear I’d gag from the fish and guts stench, and subsequently spend the better part of my time hanging over the side of the boat making my own personal chum  - nor have I eating any raw once-live-animals  … kinda is gross. But could “I” do it?  Could I float aimlessly in a rocking boat, being burned up by the sun and pummeled by salt water; catch, gut and eat raw animal meat, and drink …urine and rainwater?  The answer is easy in written words. “If I want to survive I would.”

The teen allegedly starved to death because he couldn’t stomach the raw animal meat, in other words, food – nutrition.  His body was tossed overboard by the man. How many of us would do this? Could do this? Or would we keep the corpse in the boat with us for … companionship?  Yes, it sounds horrible. But again, if you think back on Tom Hank’s character, he talked with a volleyball, remember? Loneliness would be a difficult thing for most.

Survival will require some not so nice decisions to be made.  I can guarantee, that if you had talked to this man BEFORE this ordeal, just the thought of drinking his own urine would have been repulsive.  During the ordeal however, it became a necessity – or at least it was for him.  And, how about his decision to throw the teen; a co-workers “child”, overboard?  That to me is just unimaginable. But he did it. Think of the mental torment of that decision afterwards. 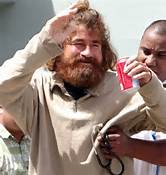 We have our supplies, food, protection; shelter et cetera for any disaster we think may come our way, but, do we have the mental fortitude to make the decisions that come with those disasters like this man had to make?

Preparedness is mental and physical. It’s skills and knowledge. It’s having your basic needs covered. And it’s about making decision.

What would you have done in this situation?  In my opinion, most of us can’t answer this question now and won’t be able too until we are faced with a similar circumstance.